The Benefits Of Blockchain Applications Across Industries 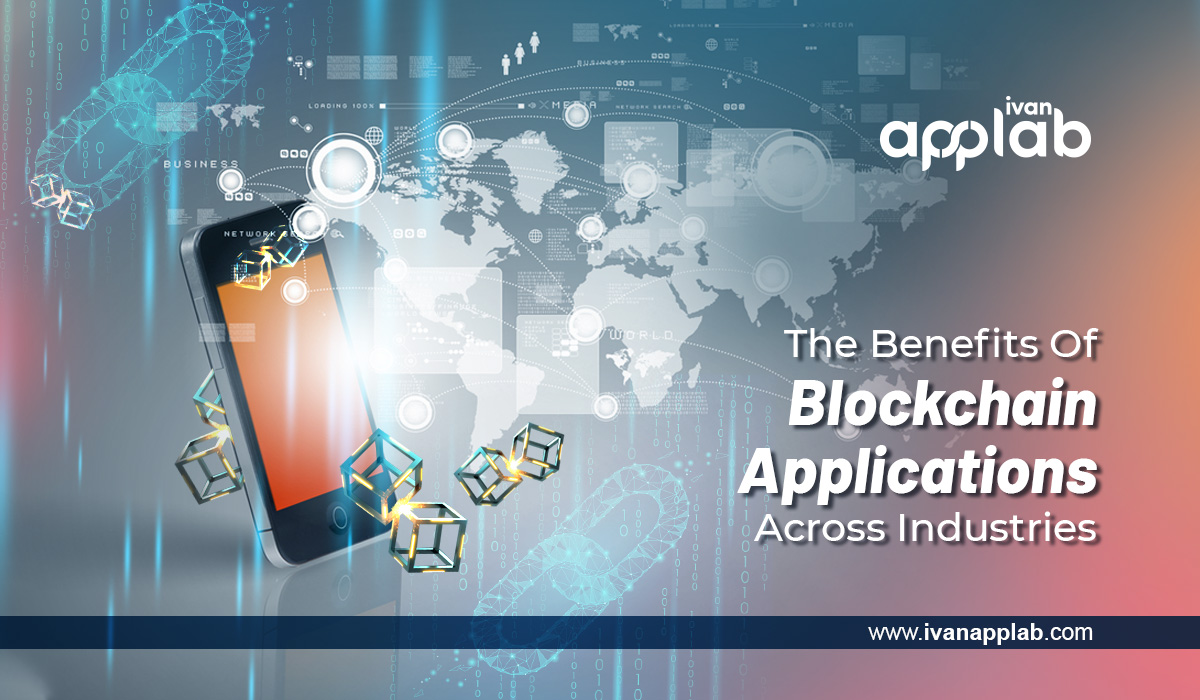 From healthcare to insurance, many industries have found ways to incorporate blockchain into their infrastructures with a blockchain app development company at the helm. Blockchain is trustless; this means that the system was designed in a way that doesn’t require you to trust other parties involved in order for the system to function.

Thanks to its trustless and decentralized structure, this technology is being harnessed to power new opportunities and benefit businesses because of its high transparency, superior security, and effortless traceability.

Blockchain technology no longer has a narrow use in the exchange of cryptocurrencies. Currently, Blockchain is becoming increasingly mainstream through its usage in apps.  A blockchain app development company can bring several benefits of this innovation to businesses in several diverse industries, because of its unique and important features.

A key characteristic of Blockchain is the fact that it features a transaction ledger for public addresses that can be seen by everyone. When it comes to financial systems and businesses this characteristic usher in an unparalleled level of accountability. In other words, each sector of the business is bound to act with integrity toward the company and its customers.

Owing to the decentralized characteristic, Blockchain eliminates the need for intermediaries in several processes for areas including transactions, real estate, etc. As compared to conventional financial services, with the help of a blockchain app development company your end-users would be empowered with swifter transactions by allowing peer-to-peer cross-border payments using digital currency. Additionally, real estate management operations gain the upper hand with a centralized system of smart contracts and ownership records to facilitate the easy automation of tenant-landlord agreements.

In terms of security, blockchain has key advantages over other record-keeping systems. This is because every fresh transaction is encrypted and joins the chain of the previous transaction. From the name itself you can interpret that blockchain is created by a network of computers working together to form a ‘block’, which is then included in a ledger that creates a ‘chain’.

Blockchain is created by a complex string of letters and numbers and is rendered immutable or unalterable after it has formed. The fact that it’s impossible to alter as well as its incorruptible nature makes blockchain apps impervious to falsified data and hacks. And as it is decentralized it has the valuable quality of being ‘trustless’.

On a blockchain ledger as and when a fresh exchange of goods is documented on a Blockchain, an audit trail comes into play tracing the journey of the goods. Because of this traceability, security is improved and fraud is thwarted in exchange-related businesses. What’s more, it serves to confirm the authenticity of the goods in question. The medicine industry can leverage this tech to trace the supply chain from manufacturer to distributor, while businesses dealing with artworks can offer indisputable title deeds.

The challenge that several businesses face is the fact that blockchain is complicated to incorporate, and you would need a blockchain app development company that is well-versed in this sphere.  Blockchain-as-a-Service or BaaS agencies allow clients to integrate Blockchain technology into their businesses easily, without disruption to their everyday operations.

Blockchain has several use cases that can be applied to an array of industries, and BaaS via a blockchain app development company eases the processes making the tech seamlessly mainstream.