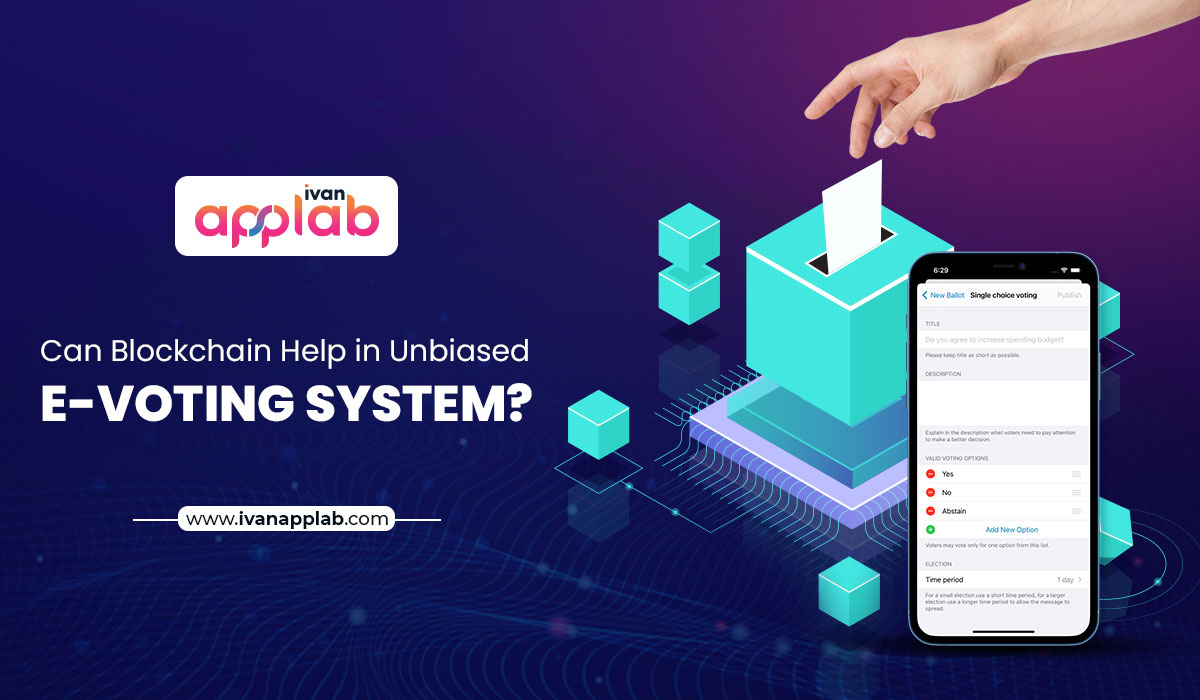 West Virginia became the first state in the United States to permit internet voting using blockchain in primary elections. The managers of this site had no imminent plans to adopt the technology on a bigger scale, despite the fact that voter engagement through this platform was projected to be low.

It’s worth more than just an experiment, though, to use the blockchain to help with elections. With a safe and tested mobile voting platform, voter fraud might be eliminated while increasing turnout. Voting will be easier for everyone, no matter where they are or what time of year it is. The election commission can use the assistance of a political campaign app development company to keep the electoral process transparent, reduce election costs, streamline the vote counting process, and guarantee that all votes are counted.

The voter registry could benefit greatly from the use of blockchain technology with the help of an eminent political campaign app development company. Due to the audit trail that a blockchain produces, which includes information on which account made the modification and when citizens and authorised government employees can more securely alter voter records. Voter records on a blockchain might be tracked in real-time by independent investigators looking for purges or other irregularities.

In order to limit the possibility of votes being tampered with after they are cast but before they are counted, electronic voting solutions supported by blockchain’s security features can be utilised. Electors would use electronic voting equipment in polling places, which would record their choices on a blockchain and provide them with a paper copy of their vote. Voters can then verify that their ballots were cast in accordance with their preferences. ‘ Independent observers can use it to confirm that the total number of votes cast corresponds to the official results.

The voting process could benefit from the use of blockchain technology by a political campaign app development company. On the blockchain, votes cast using a linked device are stored and anonymized so that just the winner’s name is shown. An auditable solution, such as a blockchain-based system, has the potential for a superior way of distant voting than mail-in ballots, faxes, and even emails, ensuring the integrity of information communicated to election managers.

Voting results from low-level polling stations can be securely transmitted to higher-level tabulation centres using blockchain, raising the bar for corruption by necessitating manipulation at many polling stations rather than just one.

Election officials could later validate official results with the poll station data if they use blockchain to transmit station-level results totals for each candidate and ballot reconciliation data. The blockchain audit trails show who made adjustments, when they occurred, and why they occurred, allowing monitors to independently verify every legitimate revision of poll-level results.

In the future, independent observers will be able to examine election outcomes in real-time if blockchain is implemented in the right way by a political campaign app development company. Individual votes can be observed by nonpartisan election observation parties that have access and technical know-how to track the transmission of polling station results and audit changes to voter files. The electoral authorities and technical specialists should help election observers understand how to monitor this new public arena.