What Are The Benefits Of Using React Native For Your Business App? 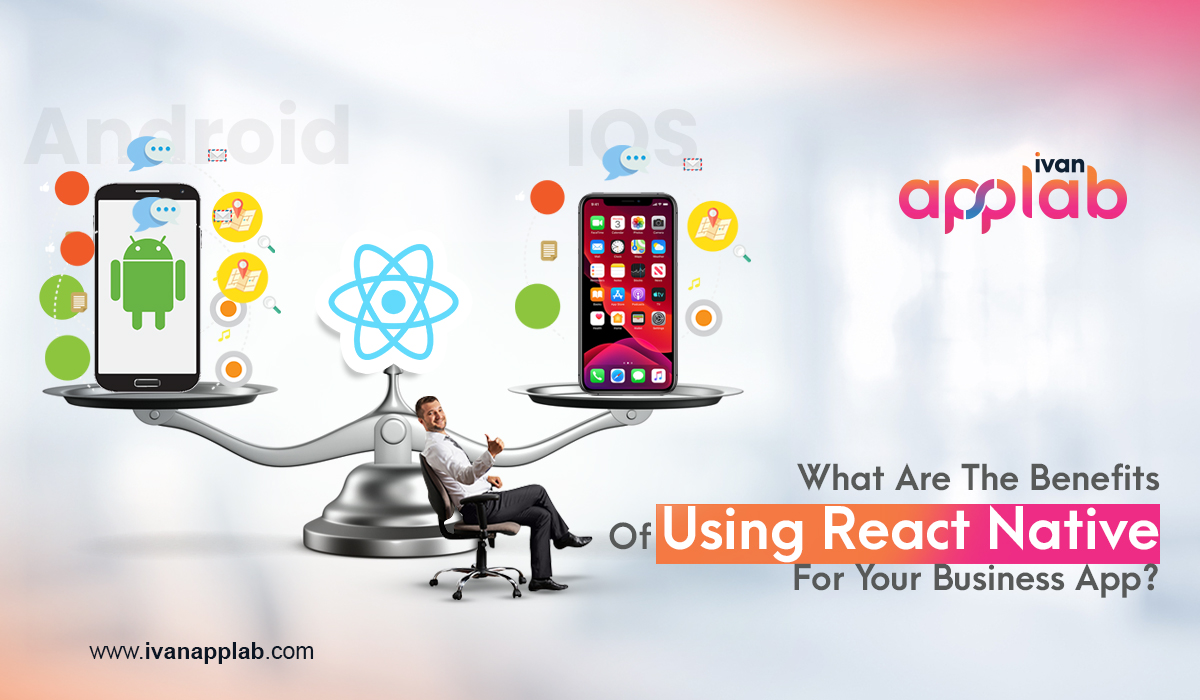 Facebook launched React Native in early 2015. This open-source mobile app framework was highly anticipated to build native apps using React. From then React Native has been successfully used not only by the social media giant but also by other big names in the tech world, including Shopify, Microsoft and Wix.

Here’s a look at the key reasons why businesses should opt for React Native development agency to build their next mobile application or revamp their already existing mobile apps.

Cross-platform- Write once, use anywhere

Currently, being fast-paced is no longer just an option for tech companies; in fact it’s essential to their survival.

As a leading react native development agency, we have experienced that the
the React Native framework gives teams the capacity to share up to 95% of their codebase between iOS and Android.

React has a well-known motto that goes, “learn once, write anywhere.” Declarative programming is a system where you merely have to describe the program/ UI, and React executes it.

For instance, when you use React you would just have to change the program’s state and the UI will reconfigure its attributes on the basis of the change you’ve made.

This is pretty much the strongest argument in favor of getting React Native development services for your business.

In an effort to accelerate the development process, React Native is equipped with several inbuilt, readymade tools and libraries. It helps developers cut down on the time and cost of building an app.

For instance, if you want a useful set of reusable components for your application you can use RN’s UI toolkit React Native Elements.

Testing libraries and type checking tools are some of the other solutions that work to build your app more quickly.

A key feature in React Native that’s popular with all developers is Hot Reloading.

To give you a simplified definition of this feature, Hot Reloading is a trait of RN that allows developers to keep the app running and to inject new versions of files that the developer edited at runtime.

Each time an app’s code changes it will reload automatically, which serves to accelerate development time.

Third party plugins enable developers to implement a level of customization that many platforms simply do not allow.

A major reason for React Native’s popularity is the fact that it’s optimized for third-party plugins.

For example, if you want to improve your app with video player functionality in your app, you have the option of connecting a third-party plugin to your React Native app.

Now that you’ve understood the nuances of the React Native technology you’ll be able to figure out whether it’s the right choice for your upcoming app project. Get in touch.