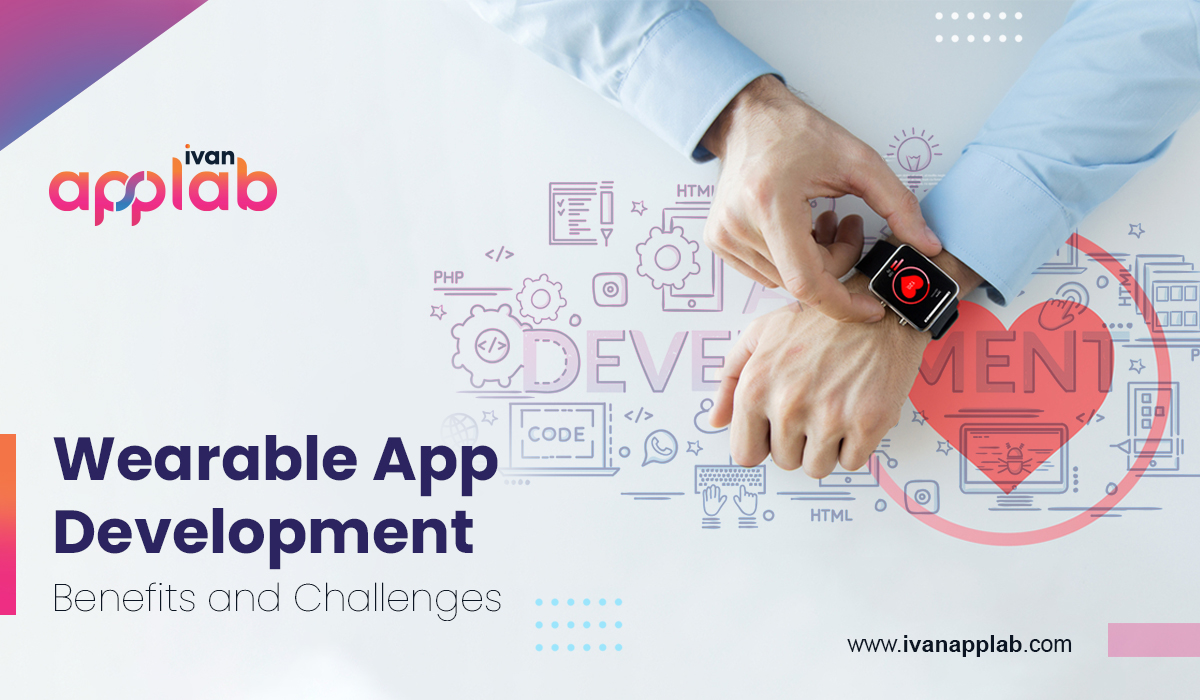 If your idea of wearable devices is limited to wristwatches, here’s an update on this flourishing technology.  Revolutionary, state-of-the-art wearables such as smart rings, fitness trackers, implantables, haptic devices and the like are fast becoming popular in the digital ecosystem. This technology serves the function of allowing multiple devices to connect to each other via an internet connection. Wearables typically require a mobile application to capture and track the incoming data. Wearable technology is still in the nascent phase of development, with a bright future ahead.

Like all industries in their early years, the wearable industry faces quite a few challenges. Here are the biggest ones:

Despite having smaller screens, a wearable app is required to look appealing and function smoothly not only on the mobile but also on the other connected device. It’s quite a challenge to put forward a design that is light yet visually attractive.

Wearable apps that drain too much battery will not have the capacity to survive among its competition. The challenge is to zero in on the perfect balance between excellent functionality and battery conserving features.

Seeing that it needs to support two devices simultaneously, it’s not an easy task to design a wearable app that is not affected by each device.

Wearable devices, as is their purpose, work by transmitting data from one device to another. Along with this come obvious security concerns that the data may be stolen by a third party.

Benefits of developing a wearable app

Across industries from travel to fashion, wearable technology is growing in popularity and usage. Let’s look at some of the most notable benefits of wearable applications.

The initial inspiration behind the creation of wearable devices was to monitor fitness activities. Fitness devices connect with their counterpart fitness apps to monitor data on various aspects of a person’s physique, such as pulse rate, heart rate, steps taken and additional data including hours of sleep, calories burnt and so on.

The fashion industry is seeing a high adoption of wearable apps. Top clothing brands are producing wearable apparel including pants, suits and clothing accessories. In addition to clothing, popular brands are developing wearable jewelry for instance, rings, armbands and necklaces.

Among the most common forms of wearables, Virtual reality (VR) headsets are rising in popularity among gaming aficionados. Usage of haptic devices provides gamers with real-time tactile feedback, rendering the experience highly realistic.

Popularly referred to as hearables, these devices are designed to provide a unique experience to users while listening to music. These small, wireless in-ear accessories use customized apps to bring out the best in these devices.