Are PWAs the future of application development? 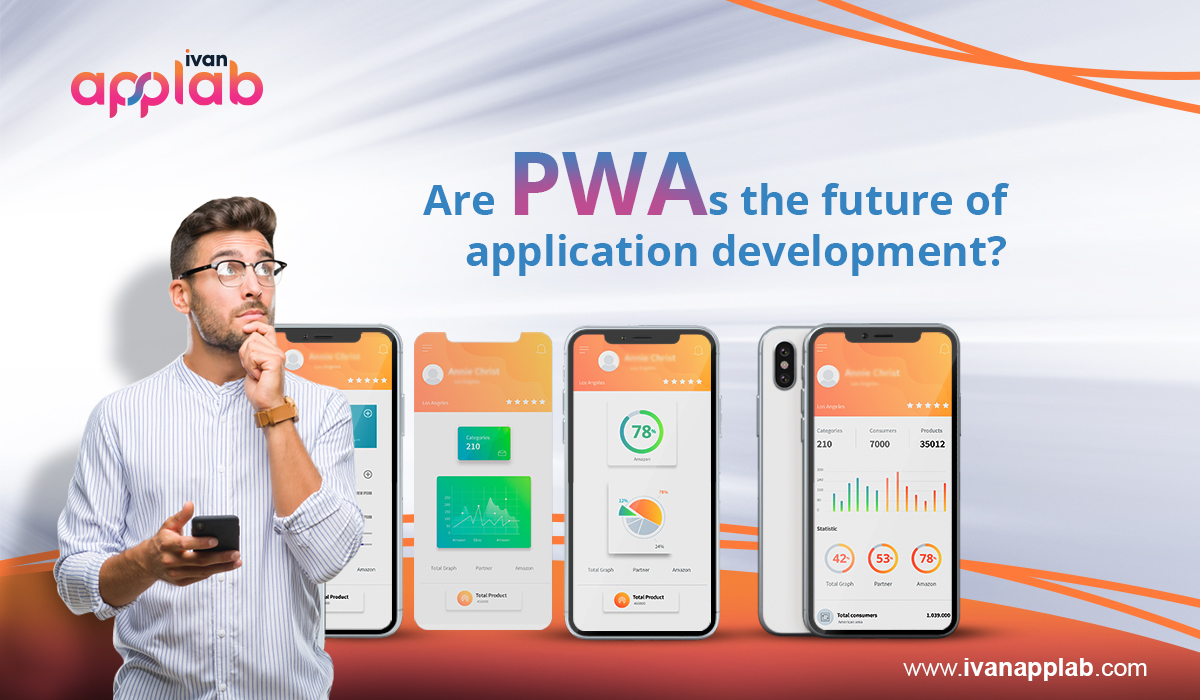 By combining web technologies with the functionalities of a native application, PWAs acts as a cross between mobile websites and web apps. The best thing about PWA, which makes them standout, is their universal readability irrespective of the platform or device. Ever since their first roll out by Google, it has developed tremendously. Google on its part is making the features of the native applications available to the PWAs. Thus along with offering several advantages, PWAs today are also endowed with the best that native applications have to offer.

After having a brief overview of PWAs in general, let us now focus on the workings of PWAs. By using a script named “Service Workers »”; PWAs have access to features like content update in the background, offline use and sending push notification. Additionally, by storing CSS and HTML files along with images in the cache memory, the developers are granted full control over network calls by the PWA.

Further, by making use of the “App Shell” model, PWA offers the possibility of separating the structure from the content- thus helping in reducing the loading time. Additionally, by using the extension “manifest.json”, it can create a shortcut on the homepage.

Recently, efforts have also been made by iOS for integrating PWAs. As a result of these improvements, the smartphone tools can now be more readily accessed by the operating system- thereby enhancing the user experience. Manifest also allows the screen rotating feature -thus making a more native impact.

As pointed out earlier, PWAs offer some distinct advantages. Some of the advantages offered by PWA over a classic native App are:

There is no need to install PWA as it can be directly accessed through the URL. For accessing PWA through URL, its shortcut can be put on the homescreen which can then be accessed through a web browser.

As compared to the native apps which need to be separately developed for the android and iOS, PWA needs to be developed only once- thus helping in saving a lot of money

Due to partial caching, there is no need to re-download it for every use.

Without the need for a download, PWAs occupy only little memory space.

Due to its URL, which is referenced by Google, PWA can support SEO.

Thanks to its breakthrough features, PWA appears to be the future for application development. You can contact Ivan AppLab now for successfully leveraging the power of PWA to develop breakthrough applications.