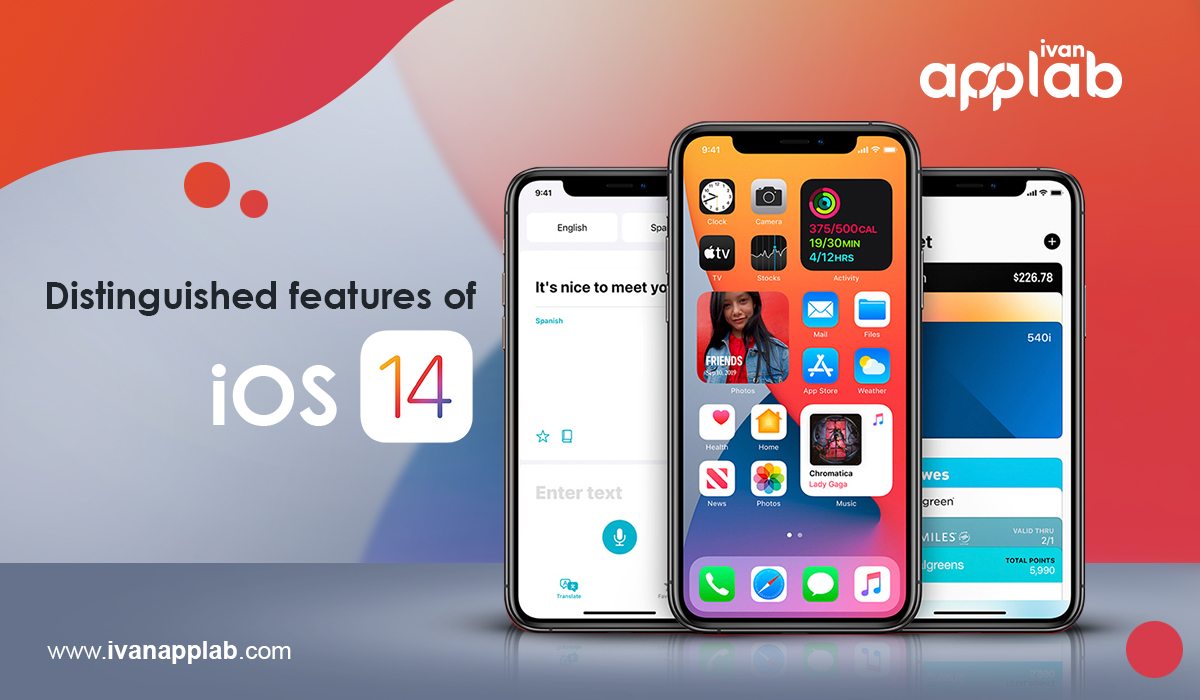 iOS 14 is the biggest update to iOS that has been launched by Apple till date. iOS has transformed the user experience and changed the playing field for the brands. Businesses should therefore tread carefully to get the maximum benefits out of this new platform.

After announcing the latest version of iOS operating system in June 2020, Apple finally released the updated version on the 16th of September. Being one of the biggest updates to iOS till date, iOS update introduced changes to the design of home screen, improvements in Siri, etc. Some of the distinguished features of iOS 14 are: –

iOS 14 features an upgraded home screen which gives users the freedom to remove apps or screens from the home screen. The apps can be placed in the app library- a place that is one sweep away from the final home screen.

All the recently used apps are grouped under big folders in the app library. There is also a search console at the top for searching iOS applications. There is also a feature to categorise the folders into the different sections of health, entertainment, etc.

Transformation of the widget experience

iOS 14 allows the users to drag the widgets on to the home screen and pin them in different sizes. This will undoubtedly give the users a whole new experience with the widgets.

With the picture-in-picture mode finally being made available with iOS 14, it will be possible to watch a video on a small screen while the user looks at some other things.

With the launch of App clips, the users will be able to experience parts of the application without downloading, signing up or installing the entire one.

iOS 14 allows the users to give approximate location instead of the exact location and give specific photos instead of access to the entire library.
Additionally, the user will be notified when the app is using their camera or microphone with notification lights.

Under iOS 14, Apple shows the games that are being played by the friends in the game center. iOS 14 also allows the users to find and sort the games available on Apple Arcade.

Although iOS 14 has begun to transform the user experience, it has created a major headache for the app developers. By giving users the choice to opt out of IDFA, it has made it extremely difficult for the brands to offer personalised advertisements. Thus, developers have to partner with an experienced technology company like Ivan Applab, to successfully navigate the troubled waters and cash in on the benefits.