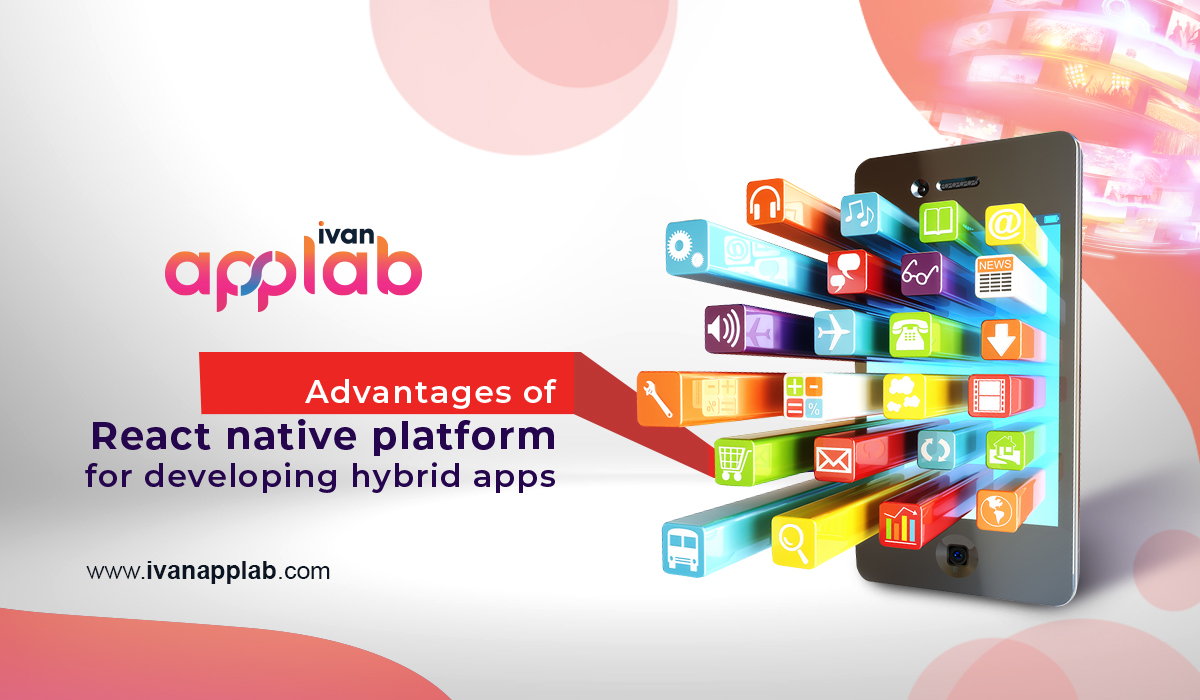 React Native offers an easy platform for the development of hybrid apps. Some of the features that make it standout are flexibility, budget friendly, lesser time to market, better UI etc.

A hybrid app can be developed through the use of HTML5, CSS or Javascript. One of the most prominent advantages offered by the React Native application development is that a developer can use it for developing native apps without having much knowledge in Javascript, Swift, Objective C or Kotlin. Some of the other advantages offered by the React Native platform are: –

Most apps developed on the React Native APIs have cross platform applicability- they can therefore be easily run across ios, Android or any other platform supporting native API. By providing platform modules and specific file extensions for platforms, React has the ability to define the implementation depending on the platform by detecting the OS.

Reduction in time of development

React native is an open source platform which has a large developer community working for the same. Due to the continuous efforts of the community, the development period on the react native platform has declined by 30% from its inception.

React can help in creating a UI that is similar to that of Javascript. It also offers options to further fine tune the UI making it even better than Javascript. Additionally, owing to the simplicity of the coding process, the developer has a clear view of the visualisation.

Owing to the offering of hot reloading by the React Native app, the UI instantly refreshes based on the changes made. Additionally, the use of a single Flexbox layout means that the developers need to learn only one layout for easily developing hybrid applications for both android and ios platforms.

Developers do not charge very high prices for development using the React Native platform. Thus, it can be easily afforded by the small businesses as well. Additionally given the lesser time to market, the opportunity cost associated with development is also not astronomically high.

App development that is fast and user friendly

With React JS, it is possible to ensure smooth running for most of the complex applications. Further, the switch from native apps to react native is smooth and devoid of hassles.

The above advantages put React JS in a seperate league of its own. Although, it faces competition from flutter and iconic, but one area where it scores over them is its cross platform applicability.