Deploying Custom Apps on iOS Platform – How to do it? 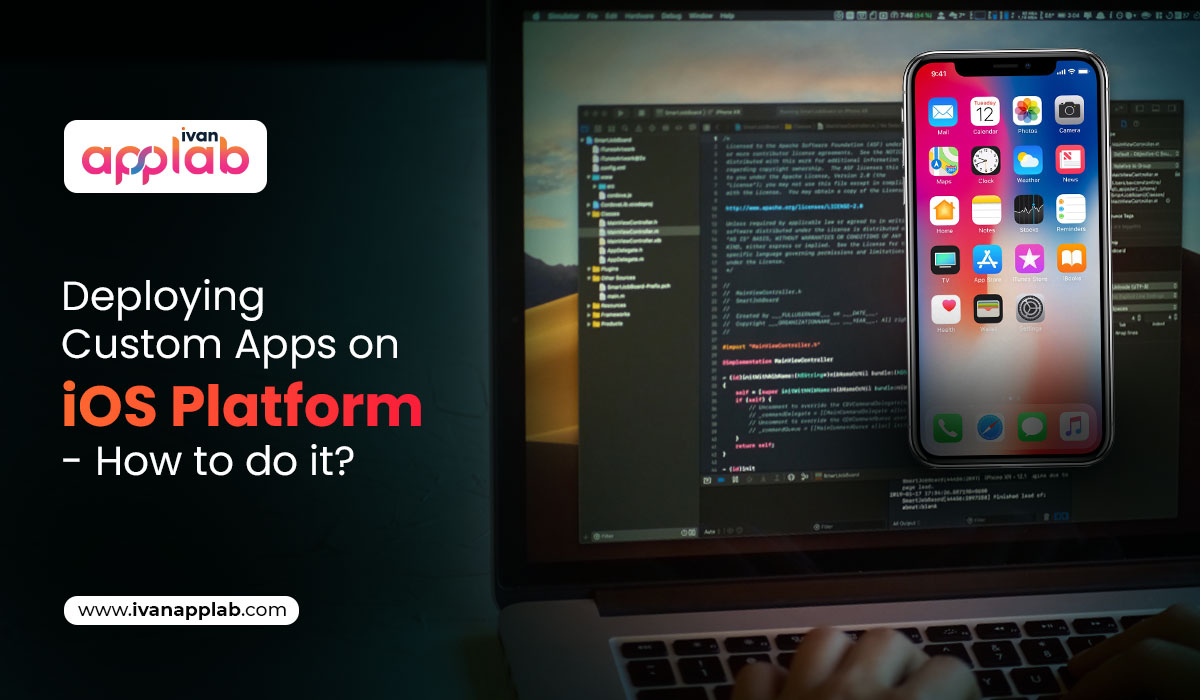 Take a look at the variety of app situations that are built-in: free applications, apps that allow in-app purchases, apps made by enterprises for internal usage, apps designed by contractors for their clients, and more. App distribution on iOS is both understandable and fortunate because Apple has developed an extensive variety of programmes to help.

iOS app distribution methods are covered in this article, including ways for distributing custom apps within the company and methods for distributing public app store apps. It’s important to note that the various approaches may be categorised by two main characteristics: how the programme binary is supplied to a device and how licensing is handled. Let’s dig into the method directly to understand the process.

Using Apple’s ad-hoc distribution approach, a developer can share an app for a private beta or a limited rollout. Each device’s software binaries must be delivered by the developer utilising ad-hoc deployment methods like email or URL download. Any device that tries to run the binary will fail. The UDID of each device must be entered into the Apple Member Centre and the device registered before iOS will enable the binary to be installed on the device.

A private beta or a temporary deployment scenario can benefit from this method. Xcode’s Ad Hoc Deployment option can be used to export your app.

Enterprise distribution is recent phenomenon that has been incorporated in the process. The reason it came into existence is that enterprises want to build their apps and distribute those internally skipping the hassles of registration of all devices UDIDs like the requirements with the deployment of Ad hoc.

Enabling an app to be deployed on any device without the user registering their device or submitting their application for approval to the app store is known as “Enterprise Deployment.” Within the corporation, the app’s distribution is the responsibility of the company itself. A corporation can upload the binaries and then send installation requests to MDM-enrolled devices remotely through a web administration panel, just like with Ad-Hoc distribution via email, a URL, or a mobile device management (MDM) service. This is supported by SimpleMDM, a cloud MDM platform.

Not to be overlooked is the fact that enterprise deployment is only for usage by businesses who are developing apps for their own use. Using enterprise-signed IPAs to distribute apps to devices outside of a company is a violation of the Apple programme.

Although it’s worth noting, Apple’s requirements for company eligibility have become increasingly rigid. A minimum of 100 employees is required for a company to be eligible for the implementation of an Enterprise mobile app.

It is possible to set up a private app store for Apple devices, including iOS, when you sign up to use the Apple Business Manager service So, your business will be able to offer mobile applications as a result. The apps will be submitted to Apple for review, but instead of being published on the public App Store, they will be published to your own private app store. As a result, there will be an approval process, but the guidelines will be less stringent than in the public App Store because your apps will not be for general consumption.

Ivan Applab is a professional app development company where the best practices of enterprise app deployment for iOS is taken care of. Contact us to explore more about our services.